Do you see the pattern?
Doused with sprouts
of swirly fluff
~naughty words~
I've had enough!
They don't make sense,
no tense (some dense).
Overused, a pale
defense against
ShAtTeReD poems,
prolific forms
from whence; do you
get my drift?
*


Don't touch him,
don't expect him to
open up.
The arms
he once wrapped
around himself
were ripped off
by his wife
and all that's left
are burrs.


Note: I did not refer to Venus in this poem because my muse wanted to take this in a different direction!

Before you immerse yourself in a padlocked bathroom
Attempt to flush false emotions
And ponder valid
Reasoning
With tears
Just
Wait
Just
Wait
And think;
Is it worth
The acid, dry heaves?
Is the pain worth the consequence
Twenty years later, the loss of enamel on teeth?

My good friend Linda shared with me some of her work that has been featured in The Poetic Pinup Revue. The magazine matches someone's photo with another person's poem or flash fiction piece. I decided to submit and will have this poem featured in February's issue. Warning: Some of the pictures are of the less is more artsy variety, but in good taste.
Posted by Laurie Kolp at 8:13 AM 7 comments:


where witches roam
a wind enchants
draws victims to
clawed spellbound rants
and waves, they roll
in and out ... in and out
they cause a hole
inside cold hearts
a cauldron seeps
a rage disturbed
a horror steep
so stay away
from haunted homes
where witches roam
and words don't sleep

It’s funny, isn’t it? It’s almost as if some believe Valentine's Day comes with insurance stamps for marriage licenses and magical everlasting spells sent by Cupid. Loving gestures such as sending flowers, romantic dinners and expensive gifts of diamonds are expected... and if a man does all that, he must be a keeper. Frankly, I see Valentine’s Day as a precursor to disappointment because many women - and I used to be one of them -- measure their self-worth through men and how romantic they are towards them. When I was in college, if my boyfriend didn’t plan something special on Valentine’s Day, then he was in the doghouse for a week. It seems like he would have learned.

Women still believe in happily ever after, yet they want to be self-sufficient. They believe Prince Charming will come along, but they lower their standards and wind up appearing too easy. They believe they can have a career and raise kids, yet they feel guilty when they have to put their babies in daycare at just six-weeks-old. Or their careers get in the way and all of a sudden they wake up one day only to realize their biological clock is ticking and they'd better find someone pronto... and then they settle. They settle with magnetic attraction as the basis of their decision, when lust does not a marriage make.﻿

In How to Choose a Husband, Suzanne Venker brazenly addresses what she feels are the problems in today’s society; promiscuity, career vs. family, and detachment from God. She ascertains that part of society's problems result from the feminist movement. She says women need to return to their roles as caregivers and accept the fact that they can't balance a career and raise children without suffering from constant guilt and lack of quality time doing what they were meant to do- nurture.

“The fact is, to find Mr. Right – not Mr. Perfect, Mr. Right – women need to recondition their brains to think about marriage in a way that contradicts everything they’ve been taught since the day they were born. Because there’s nothing empowering about moving in and out of intense romantic relationships, postponing marriage indefinitely, or pursuing careers with a verve that belies common sense. There’s nothing empowering about shacking up, rejecting your husband’s surname, ignoring your biological clock, refusing to depend on a husband, or becoming a single mom.

To be truly empowered, you’re going to have to do a 180.”
~Suzanne Venker
Venker provides a Christian-based recipe for finding your soul mate and maintaining a healthy marriage in the form of a detox followed by her own customized 12-step program. I read this book for my friends over at PR By the Book, and I must say I felt a little silly doing so. I'm not in the partner-finding market; I'm happily married. Walking around with a book entitled How to Choose a Husband (because “and make peace with marriage” is a tiny subtitle that’s hard to decipher at first glance) seemed a bit hypocritical. But this book is more than what you might think. It's about making love last. I did find this an interesting tool for young women; but can't say I agree with everything.

The main question here is: would I want my daughter to read this? Probably... with an open mind. I appreciate the Christian morals and values strewn throughout the book.

I think women should be able to support themselves and have a career. I did that before I settled down and it has made all the difference in the world. The fact of the matter is that marriage is a commitment that takes work and serious consideration needs to be made before walking down the aisle. The author does a great job getting her message across. Marriage is not one big Valentine's Day. You can find the book here.

~~~
Suzanne Venkerhas written extensively about politics, parenting, and the influence of feminism on American society and has appeared on FOX, CNN, ABC and C-Span to discuss her points of view. She lives in St. Louis with her husband and their two children.

Committed to Not Drink Diet Coke

of drinking
diet soda
chugging acid
down my gut

another deadly habit
I've attached to
pick-up lines--
school, not bars
dear loves;
what would
my husband think?

Yes, in the carpool
line I enjoy
my Diet Coke,
but not the next
six weeks--
I'll commit
to just...
Starbuck's coffee,
yeah, that's it!
No more poison
down my throat.

Prompt inspiration: Poets United Verse First~ Committed- I am giving up diet drinks, but the Starbucks part was my muse's silly idea. It's mostly water and milk for me (except my morning java start me up) for Lent.

It's Okay to Go Away 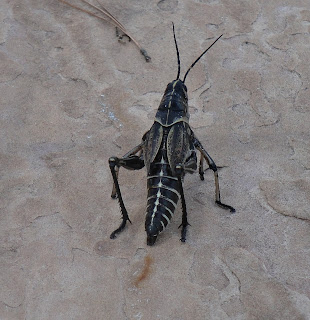 Your serenade a lullaby
When at night, time multiplies
And as I watch you hop away
I'm grateful for your flitty ways
Of iffy, creepy tainted views
No longer just a greenish hue
So on this day of love, my dear
I won't complain if you're not here
*
Prompt inspiration: Real Toads~  Mary's Mixed Bag- Love (Not!)
Posted by Laurie Kolp at 8:24 AM 20 comments:


He grew great
ire when his
plan did back-
fire, a chortle/
churtle engine
fire enough
to taste smoke
for a little bit-a
while; embarrass-
ment to drive him
wild, in the woods
a hideout knot; a
knock a mile wide
his hurt pride.
*
Prompt inspiration: 3WW~ backfire, embarrass, taste
Posted by Laurie Kolp at 8:03 AM 14 comments:

Email ThisBlogThis!Share to TwitterShare to FacebookShare to Pinterest
Labels: 3WW

like...
You’re not good enough,
You don’t deserve that!

I looked back at her
and said, NO!
Go away! Scat!

And then turned
my head
the other way,
said, YES!
to happiness
just for today.

A conscious choice
to live my life free,
no longer a prisoner
to the misery of ME.

Several of you have asked me about my new blog header. I wanted to let you know my friend, Sheila Moore did this for me.

Email ThisBlogThis!Share to TwitterShare to FacebookShare to Pinterest
Labels: Poetry Jam, Yes and No

I wonder if other families watch the Super Bowl like mine does. We're all gathered around the TV with our electronic devices in hand - - whether it be to read, text, play games or write - - our heads only looking up at the commercials. Well, there are certain plays or incidents such as half-time or when the lights go out, maybe even last quarter, where our heads bobble up and down. (In my opinion, the most touching part of the whole evening was when the kids from Sandy Hook sang... heart-wrenching.)

Surprisingly (or not) the boys were much more attentive to the half-time this year. When the mother in me finally had to make a comment about the "oh, my god that's just vulgar" dancing, everyone said they already knew what I was thinking, so I didn't really need to speak. Head back down to iPad.

It sure beats one Super Bowl we experienced several years ago when all of us except Pete were down for the count with a tummy bug of the most horrible ever variety. It had been a domino effect with one person getting tackled by it at different times the entire weekend, me being the last. Pete spent the whole game running back and forth with a garbage can between couches because we couldn't move. I think he was as tired as the football players by night's end. We are reminded of this each Super Bowl as we stuff food in our mouths with much appreciation.

Still, it's the ads I love most. What was your favorite commercial this year? Some just grossed me out, did they you? Can you guess which one was my favorite? Please share in comments.

*
Tangled
in her mind,
the angles
life defined- -
a jumping point,
illusory
imagery
where
Little Women
live inside,
her obsessive
nagging pride.
*

It had a phantasmagoric feel,
an atmospheric aura so unreal

this pain reeling from within
a less than fantastic outward whim

to put a hammer to my tooth
and slam impulsiveness uncouth.

Instead I had to sit and wait,
only in fantasy did my ache abate.


Inspiration~ Real Toads: A Word with Laurie
Posted by Laurie Kolp at 8:43 AM 21 comments: