What makes my kids unique: Nicholas 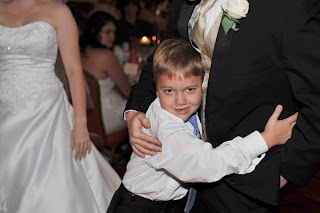 The thing about Nicholas is that he's just that- Nicholas; and there is no one else like him.  He answers to many names (Nickel, Nicholas, Pickle, Pickolas, Nicholas-Pickolas, Nick), but he will always be my baby Nicholas.  And just like Katie and Andrew, Nicholas has many unique and creative characteristics.

Ever since he began talking, Nicholas has told us elaborate stories that flow from his technicolor imagination like the river Nile.  He had such a love for tractors and bulldozers when he was three and four that we would have to explore construction sites whenever possible.  Even then he would tell me stories about trucks and ships doing this or that.

Many are the times he has had the whole family in stitches.  That's Nicholas.

Whenever we see movies, Nicholas takes on the persona of the most awe-inspiring character.  For instance, when we saw the movie Percy Jackson and the Lightning Thieves, he became the satyr, Grover.   For weeks, he hobbled around the house mimicking Pierce Brosnan.  Nicholas shared his "secret" with only me (that he was Grover).   He told me detailed stories about what really happened at night when he was supposed to be sleeping.  He became Grover and did things a satyr would do, whatever that could be (I'm sure Nicholas had that covered).

After watching The Sorcerer's Apprentice recently, Nicholas shared another secret with me; he is really Balthazar- the apprentice who studied under Merlin.  Apparently at night, he weaves his magic spells and duels evil sorcerers just like Nicholas Cage does in the movie.  ~Sigh~ I must say that things are never boring around our house.

Many are the times he has had the whole family in stitches. That's Nicholas.

Not only is he very creative, but he is sensitive, thoughtful and caring.  Nicholas is always genuinely concerned about other people's feelings and well-being.  He is very intuitive and clever, and he will always be my baby.  I love you, Nickel!
Posted by Laurie Kolp at 2:01 PM

Too cute! All three of your angels sound truly amazing.

I enjoyed reading about all 3 of your children. All precious is their own way.

I love Nicholas' active creative mind! What a wonderful imaginitive angel you have there....